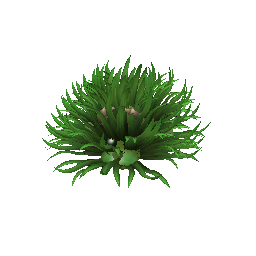 "Echinochloa", the guy said for my lawn. What do I get? A leg, arm and spleen missing, minus three children and my entire stock of vintage 'knitted socks.'
Evolution took a little break during the development of the Echinochloa (If you're wondering, it had a few 'Nice' biscuits, several crackers with brie and a small Guinea-Pig, slowly roasted over a spit), which one day developed intelligence, emotions and long tentacley things which don't make good seafood all spontaneously. The donkies in the yard in which they first developed were quite surprised by this. People were even more surprised when the grass species developed interstellar unaided existance 4 minutes later, something still as of yet undeveloped for primates.
Fortunately for us, after the war of the humped billboard, the latest generation has been subject to horrific parenting and don't quite understand how to feed themselves. Thus, they're a relatively easy kill for younglings.
Found most abundantly in Centic (6).