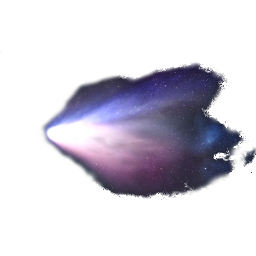 "You don't want to pick on me. I'm related to a smidgen of semi-transparent energy"
The seventh emperor of Pork, after successfully establishing his throne through questionable means, definitely had a point. This is yet another creature which has stirred debate amongst those with nothing better to do. Some say this lifeform is in fact reminiscent of the dead and its trans-dimensional nature makes it hazy round the edges... Others say that that it's the result of an immensely profitable remote ISP that somehow lost its way in the realms of cyberspace... And others still demand that it actually refers to colourful men who hunt small birds.
However all this isn't really important - all you need to know is that they're not suitable for small children (or for that matter, big ones).