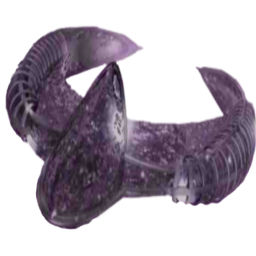 XYZZYL --Famous last word of Johnny "Goundwire" Fitzsimmons
Not so much a word as a sound. Named Most Attractive Sentient Being by the Terran Academy of Thunderbolts, Johnny "Groundwire" Fitzsimmons was stuck by lightning 15 times before he was finally granted his pilot's license. Finally allowed into space, Fitzsimmons found great popularity among his fellow pilots who frequently invited him on excursions to hunt electromagnetic based life forms. During a solo package run to Orion Prime, "Groundwire" came across a new life form that sent his sensors off the scale. Not one to shy away from a good electrocution, Fitzsimmons attacked and suddenly a legend was born. Well...killed really.